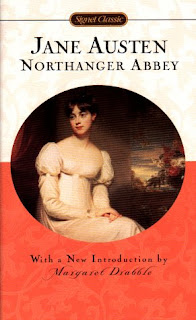 What better way to get out of a reading slump than to read Jane Austen. And I still can't believe that I haven't read Jane Austen's Northanger Abbey until now.
Here's the synopsis:
While on vacation with friends in Bath, seventeen-year-old Catherine makes new friends and falls in love. Catherine also loves creepy, scary, Gothic novels. So when her crush, Henry Tilney, and his sister Elenore invite Catherine to stay with them at their renovated Northanger Abbey home, Catherine gladly accepts. Not only is she excited to be in proximity of Henry but she gets to explore a "Gothic" abbey house. But is the abbey haunted by the dead Mrs Tilney? Or did General Tilney kill his wife? Or is she still alive, hidden somewhere in the house? Does Henry love Catherine in return?

This is a cute novel which was an easy and fun read. I loved Catherine who's imagination was constantly getting the better of her. While reading it, I couldn't help but think that Catherine had quite a bit of Jane Austen...or what I imagine Jane Austen to have been like. At first I almost expected this to become my favorite Austen book...but by the end, while still an enjoyable read, my favorite is still Pride and Prejudice.

Oddly enough, while I had never read Northanger Abbey I had never seen a movie on it either. So I'm posting some pictures of the movie so I will remember to go rent this one. 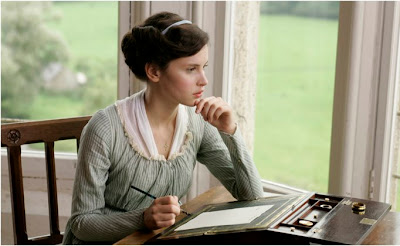 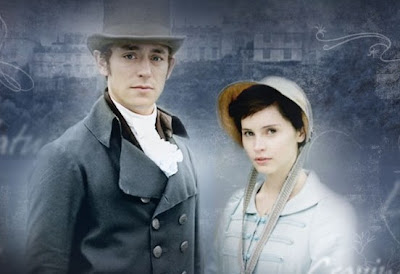 Is Northanger Abbey your favorite Austen novel? Why?
Have you seen the movie and did you like it? Which version?

Also reviewed by:
Enchanted by Josephine
Ulat Buku in the City
The Novel World
Carla from My Little Corner
Things Mean A Lot
Shelf Love

Movie reviewed by:
A Striped Armchair


This is the first book completed for the R.I.P. III Challenge: 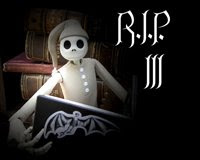