A while back, someone (I think it was James Viscosi? Carl?) recommended that I read Time and Again by Jack Finney. I had recently been thinking about it since it's sorta sci-fi-ish and it takes place in New York City. And while doing laundry in our apartment's basement, I browsed our communal bookshelves...and viola...there it was! How lucky is that? The edition I have is the one on the left...I couldn't find a bigger image, sorry!
The premise is that time travel IS possible. At every given moment, every moment in time is going on. The only thing that is connecting a person to his/her time is the belief that you are where you are. So an experiment is set up. Put a person in an environment where he/she starts to believe they are in a certain time period.
That's what happens to our main character Si Morely. He's an illustrator that the government chose to participate in this experiment. For personal reasons, Si chooses to go back in time to New York City, 1882. They recreate the feeling of the time period by giving him an apartment in the historic Dakota building. In 1882, the said apartment is vacant. He dresses the part, thinks, the part, even his view to Central Park is unobstructed by anything modern. And it works!
The reason Si wants to step back to 1882, is because his girlfriend Kate has a mysterious letter dated in 1882 which was sent to Andrew Carmody, who was associated with President Grover Cleveland. This letter eventually let to Andrew Carmody's suicide. His wife burnt part of the letter, so the only known thing is that there was a meeting which discussed marble and Andrew Carmody wrote that the letter caused "the destruction by fire of the entire World". How mysterious!
Si steps back in time, to witness the mailing of the letter and the following meeting. He also lodges with an interesting group of characters later on in the story and falls in love with one young lady.
So we've got time travel, historic New York, a love story, a mysterious letter and rendezvous...just a fun book.
AND the fun part, since Si's an illustrator, throughout the book there are drawing Si made which shows the everyday life and times in historic New York. It's fun to see the lack of huge skyscrapers, small farms interspersed where the upper East side now is, and just the feel of New York City in the late 1800s.
I just noticed that there's a sequel called From Time to Time. Hmmm...I'll have to check that one out too.
Has anyone read these books and what did you think?
Here's some alternate covers: 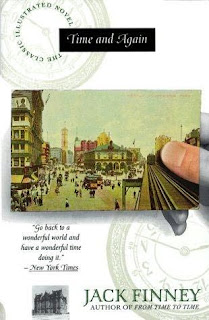 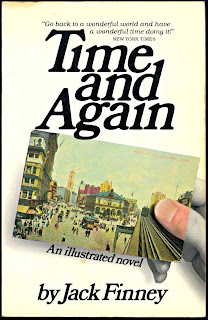 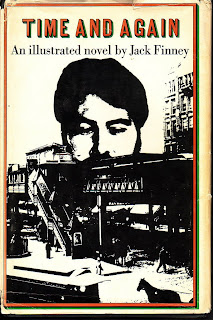