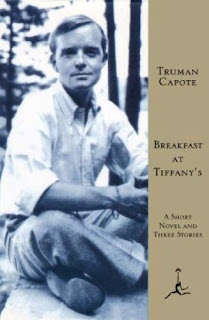 I found Truman Capote's short novel Breakfast at Tiffany's at the little library near my work for sale. I thought it was a great find! I've always loved the movie with Audrey Hepburn and I've read Capote's In Cold Blood and really like it. So I thought I'd give it a whirl.

Holly Golightly. What a character.

The narrator is a young writer who is recalling the memory of when he lived in the same apartment building as Holly Golightly in the Upper East side of New York City. They meet one early early morning because Holly is locked out (a common occurance). Holly dubs the narrator Fred, the name of her older brother, and they become friends.

Holly is eccentric to say the least. She's young...nineteen or twenty...and lives pretty much as call girl. She goes out partying all night and men usually give fifty bucks to go to the ladies, fifty for a cab ride, etc. And the image of Audrey Hepburn fits it perfectly (except Audrey was a bit older than the novel's portrayal...but still). So the novel just outlines this eccentric character who sits on her fire escape and plays the guitar and sings, has a cat with no name, has sketchy dealings with a mob boss who she visits in prison, and a number of other things.

The "breakfast at Tiffany's" part comes from her habit of dressing up, going to Tiffany's and having breakfast whenever she gets the "mean reds"...not the blues mind you.

"What I've found does the most good is just to get into a taxi and go to Tiffany's. It calms me down right away, the quietness and the proud look of it; nothing very bad could happen to you there, not with those kind men in their nice suits, and that lovely smell of silver and alligator wallets."

I absolutely loved it.

And because I love this song and scene where Audrey Hepburn sings Henry Mancini's song Moon River:

And some fun covers: 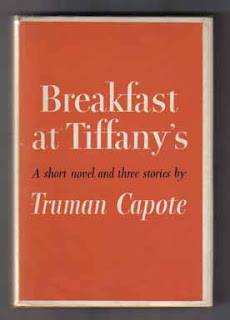 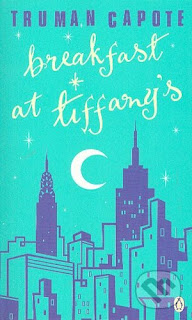 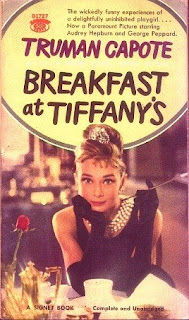 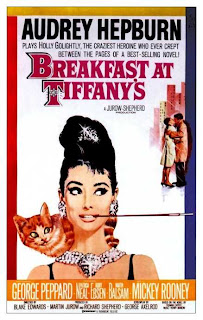 Also Reviewed by:
In Spring it is the Dawn