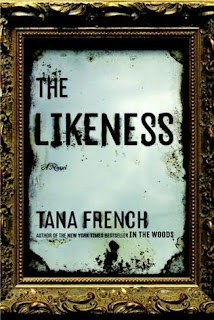 I just finished reading Tana French's The Likeness. I've been dying to read this one since I read In the Woods so when I saw it at the library I snagged it right away. I LOVED it. It's a sort of stand alone sequel to In the Woods which I also loved. Go read them. Now.

Ok. Here's the synopsis. I'm just going to give you the run down.

Detective Cassie Maddox is called in on a murder case. A young girl was found dead from a stab wound in a run down cottage in the middle of nowhere. The weird thing about it, the victim looks exactly like Cassie. AND her ID says her name is Lexie Madison...a name Cassie made up for herself during one of her undercover stings. Hmmm...right?

There's really no clues in the case. Lexie was apparently a grad student who lived with four other students in a run down mansion near where her body was found. Her roommates become the obvious suspects. So...Cassie goes undercover as Lexie. They tell the roommates that she was near death and after a while she goes back to live with them.

So. Who's Lexie really? Who killed her? Who/what was she running away from?

I love these novels because it really draws you in psychologically. You get in Cassie's head as she's preparing to be Lexie. And she's trying to profile the victim who was not who she said she was. Loved it.

And I just love Cassie's character.

And for fun, I LOVE the covers of In the Wood and The Likeness. But here's other versions of The Likeness I just do not like at all.

This one is kinda boring: 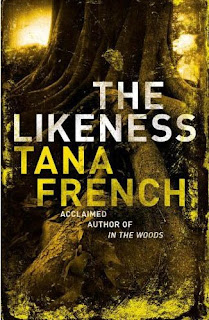 And this one is just a bit too trippy: 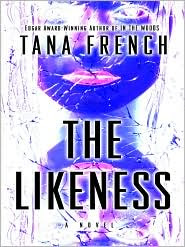 And this audio one....SO creepy, and not in a good way. Her hair makes her look like an old lady, not a spry twenty-somethinger. And it makes it look like she has a hairy face. Gross. 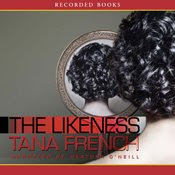