Knowing when to quit

Well...I'm going to take a very wise woman's advice and quit while I'm ahead. Or at least know when to quit on a book. I always feel so bad. Sometimes I'm just not in the mood for a certain book but might be later. Or the book is just not what I thought or really horrible.

So here's a couple of my books that I'm just going to admit defeat and proudly walk away. 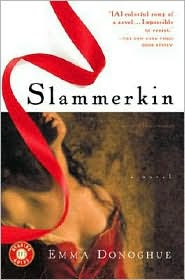 I almost finished it. I had about fifty pages left. Seriously! But every time I picked it up to read, it just left a bad taste in my mouth. And I was reading it before bed and it was honestly giving me bad dreams. And then the character...the character doesn't ever really change and I didn't really like her. So, bad Amanda, I flipped to the end...and well, in case YOU read it, I won't tell you the ending...but it wasn't worth it to me to finish. So there it is.

Oh, and in case you are interested, the book is about a prostitute in London in the 1700s. And she doesn't want to work so it's easier for her to just sell herself. Yeah. Just not a book for me. (According to Goodreads, though, some people DO like it. Just letting you know.) 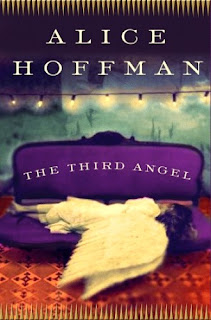 Boy. I was so disappointed in this one. And to be fair, I only got about eighty pages into it. So I might try it some other time. But after reading and absolutely LOVING The River King and really liking The Ice Queen....this just didn't snag me. Actually, had I not known I would have swore it wasn't the same author.

The River King is so descriptive and detailed that after the first few pages I knew exactly where I was. The Third Angel is kind of bland. Even the story isn't too terribly great. Well...what I read of it. And I wasn't really feeling the characters. I know I know...that might change once I've read more, but right now I'm going to return it to the library.

Are there books that you've just had to close and quit? Or wish you had? Have you read either one of these and think I should give them a second chance?
at 8:13 AM