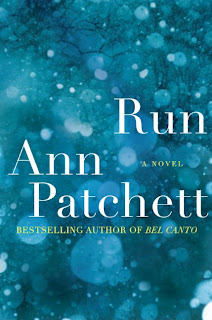 I found a hard cover copy of Run by Ann Patchett at the 96th Street Library Branch. It was missing it's jacket so I assume this is the cover it had. I don't think the cover says much about the book. I always thought it was bubbles or water (it's snow...I think). I wanted to read this after reading Bel Canto this year. Oops, just realized I never reviewed that one either.

I was a little nervous because Bel Canto was pretty sad. And I didn't really know what Run was about. So I just gave it a go.

I honestly liked Run. It wasn't what I was expecting. But I can also see why people might lose interest in the book.

My synopsis:
Bernadette Doyle has always wanted a large family. Coming from an Irish family, that's just what she was used to. So after having a son and finding it impossible to have more children, the Doyles adopt a child. He's African American and shortly after his adoption, the birth mother decides her two children should be together and her older fourteen month old son lives with the Doyles as well.

The two boys, Tip and Teddy grow up as the Doyle's children and never look back or wonder about their birth mother. Bernadette died when the children were younger and they pay homage to the memory of the mother they knew, not the one they didn't. One winter night, worlds collide when a car accident brings together the Doyle family and the family Tip and Teddy never knew.

While this story is sometimes slow, I thought it was very moving. I really liked the characters and the struggles they went through. While it touches on religion, race, politics, and family I honestly thought the family aspect was what made the book. And I thought her writing was very visual. I could imagine the scenes as if they were in a movie. And while there are sad aspects in the book, I never felt like it was a sad book. It's one of those books when you finish the last paragraph and smile because it all worked out ok.

But I could see that the slowness of the book might be a turn off. And it's about character development, not so much as action. So if the characters or writing didn't draw you in you might be tempted to quit.

I thought this cover was more telling about what the story was about: 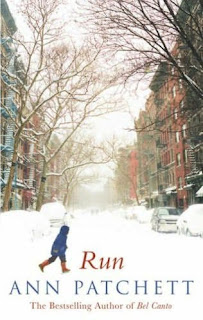 And while a little girl plays a huge part in the story, it's set in the winter so this is a pretty poor choice for a book cover: 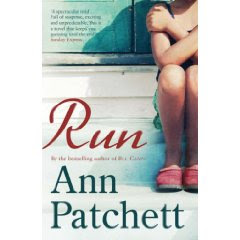 Also Reviewed By:
She is Too Fond of Books
Medieval Book Worm
Under the Dresser
Fizzy Thoughts
Book Club Girl
A Girl Walks Into A Bookstore
at 3:54 PM