The Given Day - Dennis Lehane 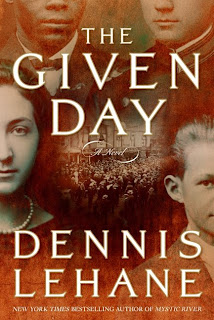 I've been reading good things about Dennis Lehane's novel The Given Day on a few book blogs lately and it really enticed me to pick it up. I've been wanting to Lehane's books since they are being devoured by Hollywood. Two of his books, Mystic River and Gone Baby Gone have been made into films. I haven't seen them yet but I've been wanting to. A third, Shutter Island will be released soon staring Leonardo DiCaprio...a favorite actor of mine. So not surprisingly I was a bit curious about his books.

And wow. I was not disappointed. Talk about a nitty gritty crime novel. And the writing is superb! A warning...there is violence...a lot of violence. But it's not unnecessary violence if that makes sense. And I love historical fiction like this that takes a time and place and really fleshes it out and makes it come alive.

So here it goes:

Boston: 1918. The Great War is finally over. President Wilson is preoccupied with peace in Europe with his Fourteen Points...making him a hero in Europe but not one in the States. Due to the War, people are now wanting fair wages, sensible working days and hours, safety on the job...you know, all those unreasonable requests. And what are the employers saying?? COMMIES! BOLSHEVIKS!! Oh yeah, Russia is in Revolution right now...talk about a red scare. It was really interesting to see the parallels between 1918 and today...threats of being "un-American" or "un-patriotic" etc. etc. scared a lot of people into silence. Still, unions were starting to make a headway into the system.

Enter Danny Coughlin of the Police Department. He's kind of a loose cannon. He has his father, a Boston PD elite on one side and his loyalty to his department and the deplorable conditions they were working in. Get this: Boston policemen had to pay for their own uniforms, guns, bullets, you name it. Their buildings were in such horrible condition that they should be condemned. And on top of it all...pay freezes during the War meant that in 1918 they were being payed 1905 wages...even though there was a 75% inflation increase. This means that the people out protecting the people were being payed below the poverty level. O yeah... and 80 hour work weeks were very common. Wow.

Enter Luther Lawrence, an African-American factory worker and baseball player. On the lam for being involved in a mob-related shooting...he ends up in Boston working for the Coughlin household. And Luther is a really good guy. But while slavery has been abolished for a while there is still a lot of oppression.

Enter Nora O'Shea. Irish immigrant and Danny's love interest. Because you've got to have a bit of a love story in there.

So yeah. This is a great book. Epic and kind of hard to wrap all up in a neat review. I want to read ALL his stuff now. And since I like pictures... 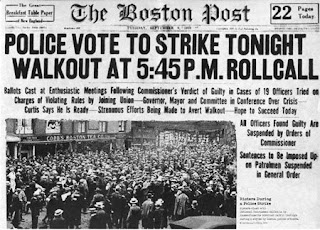 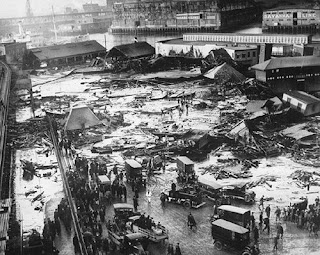 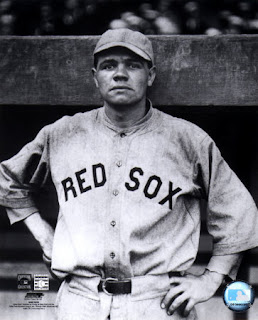