When We Were Gods - Colin Falconer 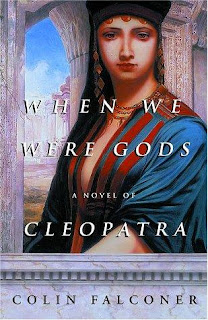 I'll admit that I have not done that great of job on my Egyptian book challenge. To be honest, I got through half of Death on the Nile by Agatha Christie and was bored to tears. It felt a lot like Murder on the Orient Express...except on the Nile.

So I when I found When We Were Gods: A Novel of Cleopatra by Colin Falconer at the Housing Works Book Fair, I snagged it up and read it. I'll have to admit this was the first book I've read which is set in ancient Egypt. Well, I guess more modern ancient Egypt. Anyway. I really liked it!

Cleopatra wasn't born to be the Queen of Egypt. She had to scheme and fight for it. After her father's death, his children scrambled for control of the throne. And through much manipulation and scheming (and a few deaths later) Cleopatra is the queen of Egypt...and she's still in her teens!

Ok. I don't want to give too much away with what happens. I knew this story just a bit...kind of like how most people know how Romeo and Juilet ends. But this book really filled out the story for me. And Colin Falconer did an amazing job of protraying Cleopatra, not as a beautiful bombshell that wooed two powerful Roman men. Instead, she was politically savy and smart. I mean I just admired her a lot!

- Cleopatra wasn't Egyptian. She was from the Ptolemy line, Greek, which was installed as rulers during Alexander the Great's romp through history.

- Cleopatra had children with both Julius Ceasar and Marc Anthony.

- Cleopatra learned many languages which helped her politically

- The carpet scene is in the book. If you don't know what I'm talking about, read the book.

I couldn't find any other book covers for this book which is a shame. I think Cleopatra looks a bit odd on my version. 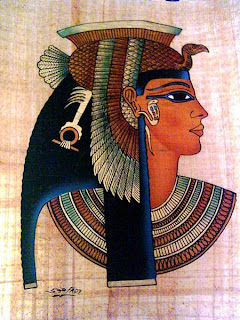 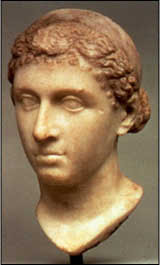 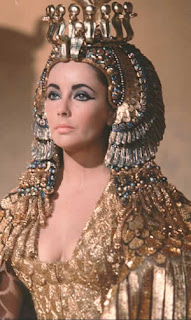 Have you read anything about Cleopatra? If so what do you think of her?
at 3:19 PM