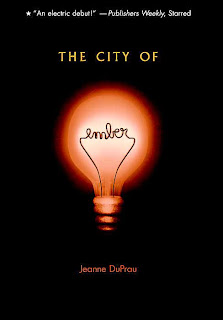 I had honestly never heard of Jeanne DuProu's Books of Ember series before the movie came out recently. I was pretty intrigued with the premise though so I thought I'd check the first book, The City of Ember. I was pleasantly surprised at what a great little story it is.

Doon and Lina are two twelve-year olds who live in a city that has no natural light. The city is illuminated by lights from a large generator. Generations have lived in this manner and no one knows of any different sort of life. But the generator is slowly going out. Blackouts are becoming more common. And the food supply is starting to dwindle.

When Lina finds a box with cryptic instructions (cryptic because her baby sister chewed on them) for "egress", Doon and Lina hope they have found a way out of their city to a better place.

I thought this was a wonderful story for children and it was very well written. I also thought it was a bit more accessible (simpler writing) than say The Golden Compus. But then again I don't have kids so... But it was good enough for me to probably pick up the next couple of books in the series and possibly see the movie. 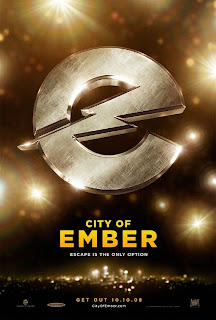 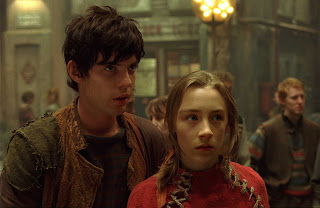 Have you read the book or seen the movie? What are your thoughts?

Also Reviewed By:
Today's Adventure
at 11:44 AM