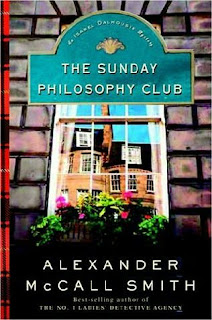 I was mulling over what to read next when I came across a book I've been wanting to read for a while now. Actually, I've been wanting to read some of Alexander McCall Smith's stuff since I've heard his series the No. 1 Ladies' Detective Agency Series is pretty good. The Sunday Philosophy Club is the first book in a different series revolving around the heroine Isabel Dalhousie.

I really hoped that I'd like the book more. I mean I love detective mysteries. I love heroines who are pretty smart. Isabel Dalhousie's job is to review philosophical articles and she loves crosswords. This should be right up my alley right? But the "mystery" was pretty lame. And the ending was just, well just not satisfying. And Isabel kind of annoyed me. I mean for being a smart philosophical lady, she really had messed up relationships. She's hung up on some past flame who treated her horribly and then moved on. And then she has a semi-crush thing on her niece's ex-boyfriend which is just kind of bizzarre to me.

Oh. And supposodly the title comes from the fact that she has a Sunday philosophy club that meets to discuess philosophical stuff. But they never met during the whole book and I don't even think it mentioned who was in the club. Hmm.

So that's all I am going to say about that. It wasn't bad enough that I didn't finish it but I am not going to read any more of the series.

I almost forgot the different covers! I prefer the one above but here's a few others: 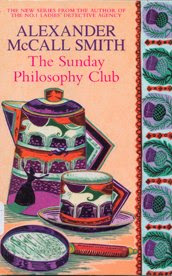 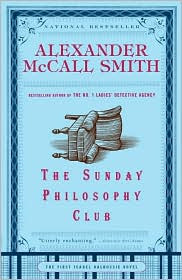 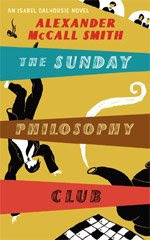