Hahhaaha...so got distracted in the middle of the last post. Here's some more :)

I was excited because they were doing a little "light show" at Grand Central and had some holiday shops up. 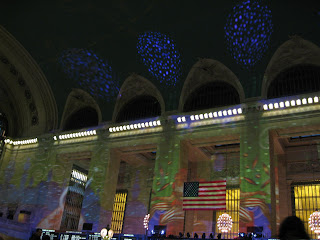 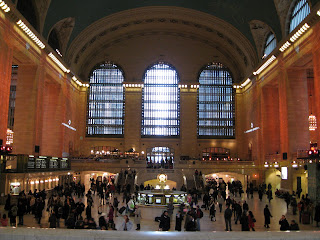 I took this one but it's like a Where's Waldo of trying to find my brother in the photo :) 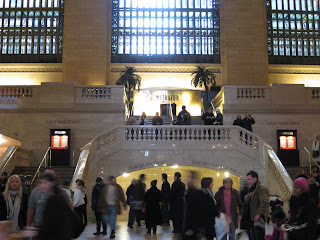 My poor brother got kind of bad weather while he was here...icy snow, rain, clouds...but these photos of the Chrysler Building turned out pretty well. If you go outside the Grand Central Terminal this is what you'd see :) I love the eagle gargoyles. 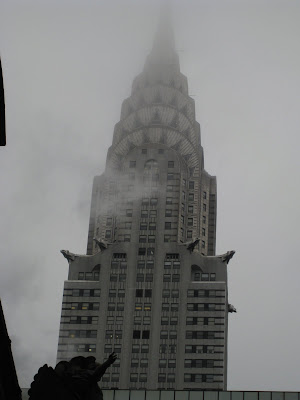 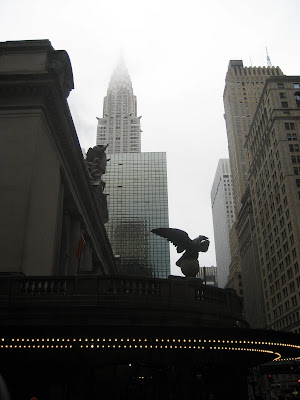 Than we were freezing cold because it was raining so we swung by a little Irish Pub for a BareKnuckles beer. We were still playing around with my brother's camera :)

This is me taking a drink with a red or orange accent: 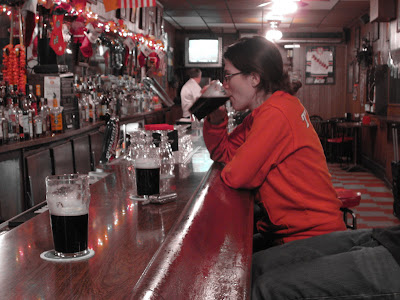 This is regular with some crazy light affects: 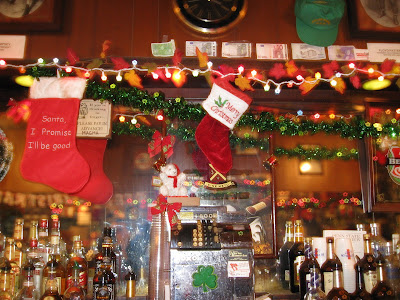 Here's a cool one with red or orange accents: 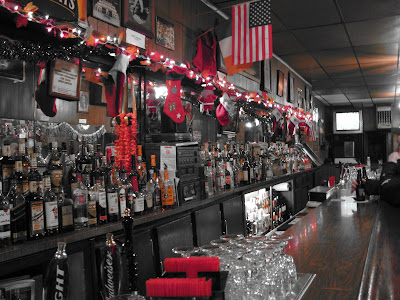 Here's a cool sepia one...my husband hates getting his picture taken so I get a lot of one's of his back :) 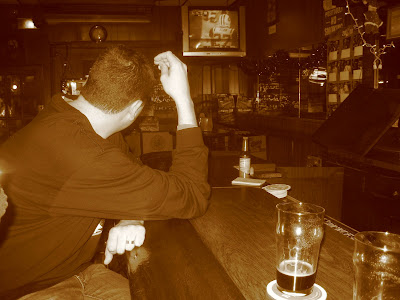