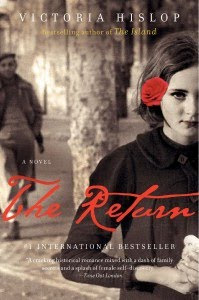 I recently was able to join the TLC Book Tour by reading and reviewing the new Victoria Hislop novel, The Return. This novel is set during the Spanish Civil War in the 1930's and involves bull fighters, flamenco dancers, a bit of romance and a lot of history. I really wanted to read this one. The book is available for sale in paperback tomorrow, October 06, 2009.

In 2003, two thirty-something friends take a vacation to Granada, Spain to enjoy the town and take lessons in flamenco dancing. Sonia is in a love-less relationship with her husband and has taken refuge in her weekly flamenco classes. During her trip, she meets an elderly waiter who proceeds to divulge the torrent history of Granada and Spain during the Spanish Civil War which started in 1936 in an army coup led by General Franco. The story revolves around one family's tale, the Ramírez family who's daughter Mercedes was a talented flamenco dancer and who's son was a famous bullfighter.

The first part of the story was ok. I'm more of a historical fiction fan so I was impatient to get to the Ramírez family's story. But it did drive home a point that many of us are not too familiar with Spain's story during this time period. Even as a history major, my knowledge is fairly limited. For other novels, check out Hemingway's For Whom the Bell Tolls and Andromeda Romano-Lax's novel The Spanish Bow.

When it was time for the Ramírez family's story, I almost thought I wasn't going to like this book. The story is definitely laid out as a narrative with few actual dialogue pieces. I'm not used to this type of story telling. I thought it was a bit too removed and distant. BUT...then I got into the story. Victoria Hislop paints the town of Granada with such vividness that I can almost see the streets. Mercedes was such a beautiful character living for two things: flamenco dancing and her love for the gypsy guitarist Javier. Long after the story ended I still think on the Ramírez family, just one of thousands of families who's lives were ripped asunder by the Spanish Civil War and Franco's regime.

Now I want to see a flamenco dance. Take a look over a Victoria Hislop's website for some gorgeous photos of Granada. I also took a couple photos from the internet just because:

Here's a couple of John Singer Sargent's paintings. He painted in the late 1800s so before Mercedes' time, but I thought they were beautiful: 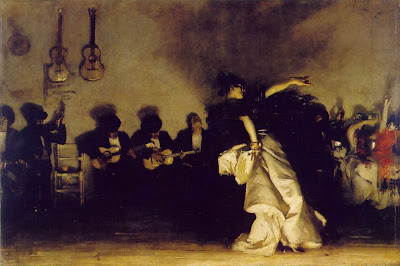 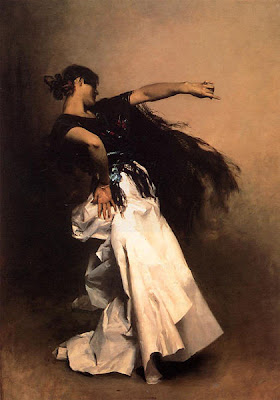 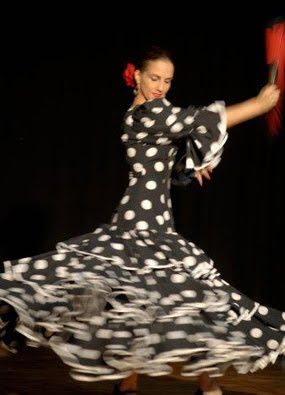 And of course, here's what I imagine Sonia and the waiter looking at, posters of Granada in the 1930s announcing famous bull fighting matches and beautiful flamenco dancers (taken from this website): 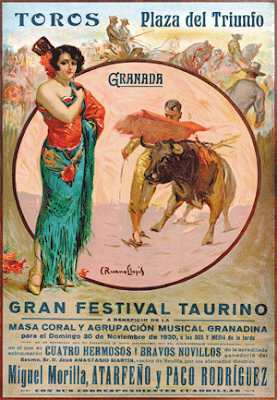 Here's the schedule for The Return tour: