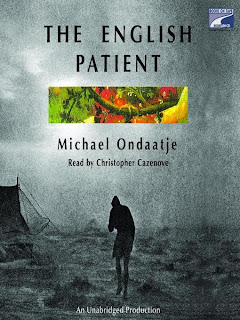 I found a copy of The English Patient by Michael Ondaatje at the Mid-Manhattan Library Book Sale and decided to pick it up. I've been wanting to read this AND it's on the 1001 List.

The book is set just after the end of World War II in an Italian villa and revolves around four people at the villa. Hana, a nurse is left behind to tend to a badly burned man, the assumed English patient. The man was discovered in the desert and his identity is unknown. An old friend of Hana's father, Caravaggio, hears rumors of where Hana is and comes to stay. An Indian, Kip, who's job is to deactivate bombs soon joins the group. During this time, the English patient begins to tell his story and his identity.
The story is really very beautiful. The relationships between the four at the villa are interspersed with the story of the English patient's affair with the lovely Katherine Clifton. Sounds a bit confusing, I know, but it works.
A few years ago I watched the movie version and was pretty impressed. I tend to be a little wary of some movies who get a lot of Oscar nods. They sometimes are really awful...like Shakespeare in Love. Joseph Fiennes, Tom Stoppard, and Geoffrey Rush and it still came out awful! I digress.
But The English Patient movie was really a beautifully made movie. It also has a Fiennes brother, Ralph Fiennes who plays the English patient. I was very impressed. Watch it if you haven't seen it. So I was torn reading the book. For the first half I decidedly thought the movie was better than the book. I felt like it rambled and fluctuated way too much. Sometimes I was a bit confused. But by the end of the book I thought the book was better. So I came to the conclusion that both the book and the movie are beautiful pieces in their own right.
For those of you who have read the book and seen the movie...
What do you think about Kristin Scott Thomas in the role of Katharine Clifton? The book described someone I felt was much much younger than Ms Thomas. BUT, I don't know who could have done a better job. Thoughts?
And who's story touched you more? Almasy and Katharine? Hana and Kip? What was Caravaggio's purpose in the story?
For fun, here's some movie pictures:
The English Patient (before he was a patient) and Katharine: 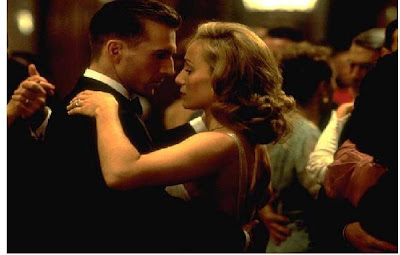 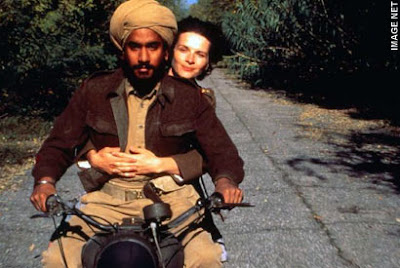