In a New York Minute

You know how that last half an hour of work just drags sometimes? Well I decided to be productive and post some classic "New York" moments of me and my husband. The credit for all these photos goes to my brother who visited us last December.

This first one is us on the Brooklyn Promenade just after dusk. While we were living in Las Vegas, my husband (then boyfriend) took me on a surprise vacation to New York City and proposed to me on that promenade. What a great memory: 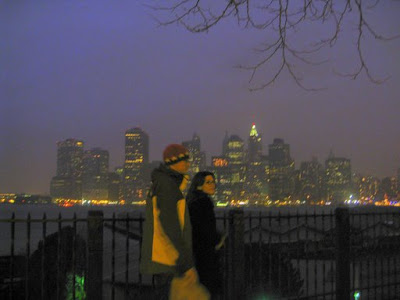 Here's us being silly on the subway. I honestly don't know what we were talking about at the time: 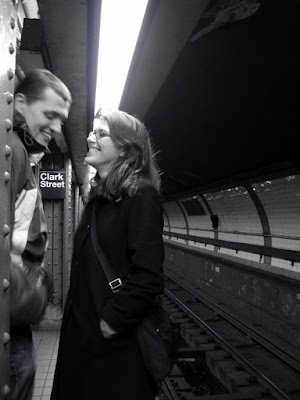 This is near where my husband works and I think I was waiting for him to get out of a bar with some of his work friends. My brother took this picture of me which I LOVE with the Empire State Building in the background. 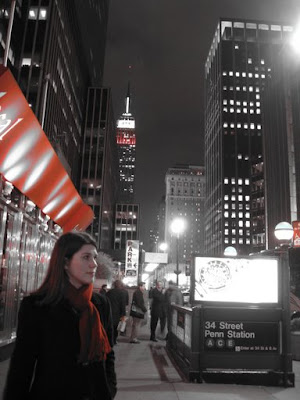 Here's a bar with a deck which has an awesome view of the Empire State Building. It was pretty cold outside in December but they had those nice heat lamps: 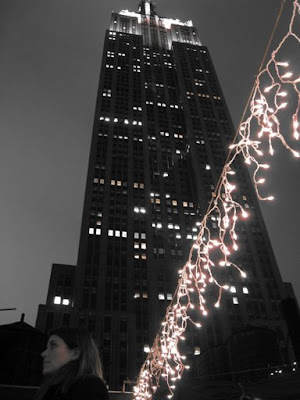 This is me chatting on the phone somewhere near where I work. 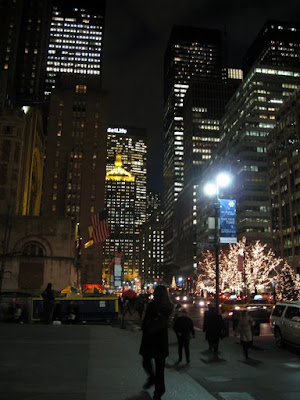 And finally...at home messing with my dog Charlie. Since then we've re-arranged our apartment a bit to give us more space. 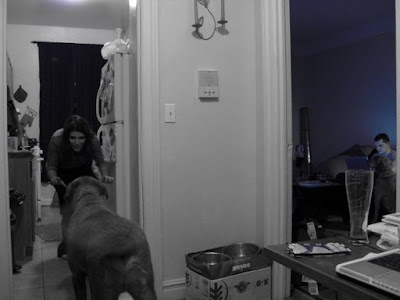 Yay! Plan was a success! Only five more minutes at work :) I hope you enjoyed my New York moments!
at 4:42 PM