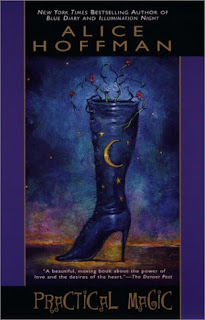 I recently gobbled up Alice Hoffman's book Practical Magic. Sigh. This is more like the Alice Hoffman writing I loved while reading The River King. Years ago my sister and I fell in love with the movie and I even have the soundtrack. From reviews I've read on the book I went into reading it thinking it was going to be way off from the movie. I didn't think so. So what do I think is better, the movie or the book? Verdict: love them both.
If you haven't read the book or seen the movie, here's my synopsis:
Sally and Gillian Owen are just little girls when their parents die and they move in with their two aunts in Massachusetts. Think this house: 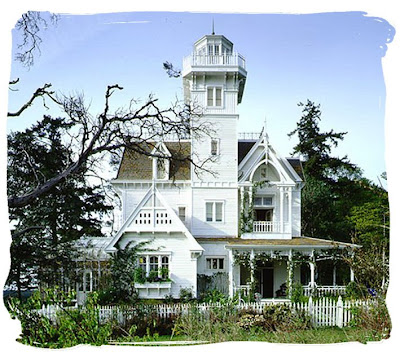 For hundreds of years the Owens women in this town have been blamed for things going wrong in the town. They are believed to be witches. And maybe they are. But this doesn't stop the town women to secretly go to the Owens during the night to get love spells performed. In this environment, Sally and Gillian are raised. They have pretty much all the freedom they could want at home while being tormented at school for being witches. Sally, the eldest, grows up to be responsible...beyond responsible...boring responsible. Gillian, the irresponsible and beautiful younger sister, breaks hearts left and right. Here's Sally and Gillian: 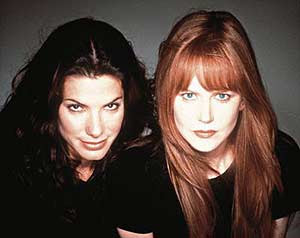 After seeing so many women come to the aunts for help with love problems the sisters vow to never be like them. Uh huh. But they also want normalcy. They both find ways to escape: Sally by marrying and Gillian by eloping and running away. Years later, when Sally's two daughters are teenagers and her husband has passed away, the bonds of sisterhood are tested when Gillian seeks Sally's help for, shall we say, accidentally murdering her boyfriend. And how do two women, who've been hurt in the past because of love, find happiness?

I love how Alice Hoffman writes. So magical. I think it's a bit more refined in The River King but I just love it. The only thing I didn't like is that she uses some pretty strong language here and there sometimes. While maybe to a point it is necessary, I just could have done without it. But the differences between the book and movie...I loved both versions. I think the movie made the story flow a bit better. And I kind of liked the daughter's younger age in the movie vs the book. And the ending was a little anti-climatic compared to the movie...but I liked it.

Ok, here's some alternate covers. I just love the cover with the boot though. This one is a bit weird since the white title box is over her face. It kind of bugs me: 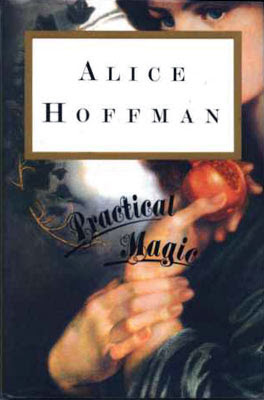 I get the lilac reference, but seriously...isn't this just yawn awful boring?: 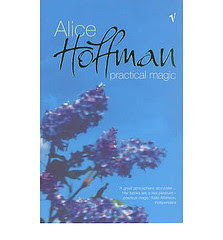 And this one is just ok: 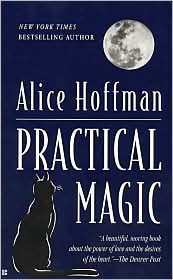 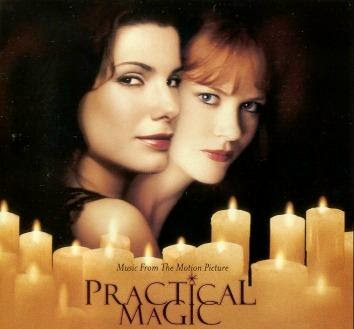 Musings of a Bookish Kitty