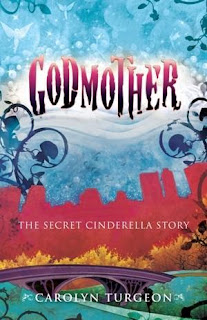 I've been seeing Carolyn Turgeon's novel, Godmother: The Secret Cinderella Story, floating around the blogosphere for a little while now and thought I'd pick it up for the Once Upon a Time III challenge. It's a modern Cinderella-ish story set in New York City. Very cool.

But let me warn you, this book is slightly darker than the cover portrays. It's not THAT dark, but I was assuming this was a more light-hearted fairy tale. I guess all fairy tales have a sort of sadness at heart to them though.

Apparent from the title, the story is told through the eyes of Cinderella's fairy godmother, you know, the one from the story. Except she's a lot older. And somehow she's been living in New York City for a good many years. Every morning she bandages up her long fairy wings and goes to work at an independent bookstore in the Upper West Side.

Apparently the fairy tale story of Cinderella, the one we all know, is not exactly the truth. Actually, something went horribly awry. So when the godmother, Lil, gets the chance to play "Godmother" to her handsome newly divorced boss, she might get the chance to make amends and go home.

Sound pretty and simple right? But it's a little sad at times. Which is why I liked it. And I LOVED that it's very apparent that Carolyn Turgeon is a lover of books. I mean, her "prince" is a bookstore owner and a lover of books. And the modern Cinderella? She's such a great character. I wanted to know her too.

Tthe book flip flops chapters between the present story, and the past real Cinderella story. So chapter by chapter the reader begins to understand what really happened in the old Cinderella story. And the ending...if you've read it, what did you think? I thought the ending was perfect. Sad. But a perfect ending.

I found a cool alternate cover for the book too: 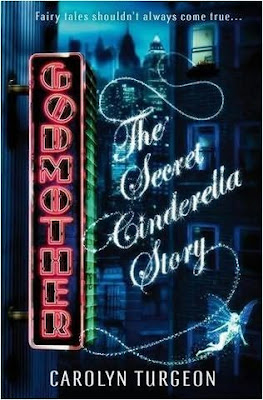 Carolyn Turgeon has a pretty cool website you can check out too.