Day at the Mets

So a couple weeks ago I got to go to a Mets baseball game! My company participated in City Harvest's Skip Lunch, Fight Hunger Campaign. It's a neat idea and we raised quite a few bucks. Anyway, to say thank you a few of us were given free tickets to the Mets game. They were playing the Washington Nationals and unfortunately the Mets lost the game :( But I went with a co-worker and we still had fun.

We had tickets to sit in the Picnic Area which we were told may not have a great view...but I thought it was great! 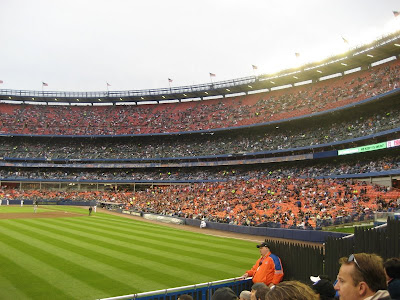 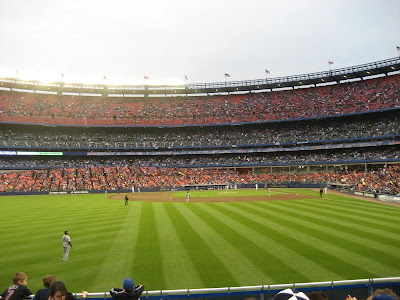 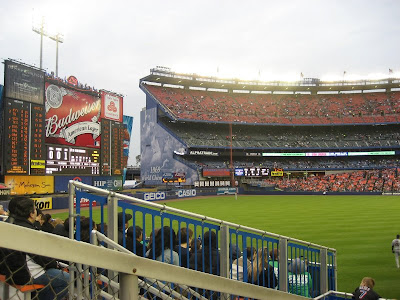 I also got to play around with my camera's features. I love the color accent feature: 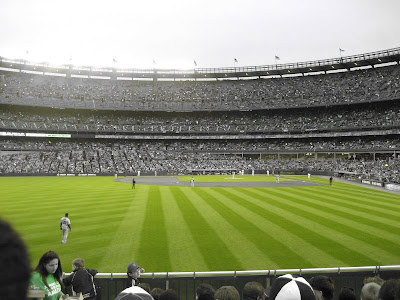 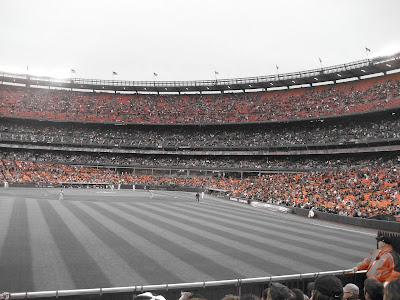 Here's a great view of the game: 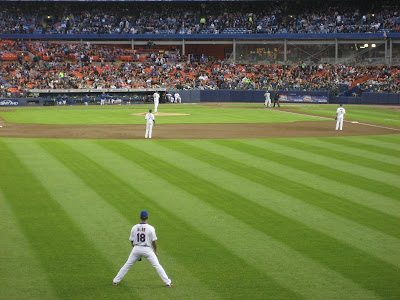 We were also given $10 in Shea Stadium money so we both got a beer and some peanuts. Classic! I had to take a picture of the score board the the guys that worked there. 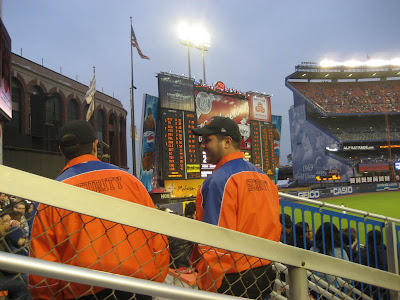 I loved the Picnic Area. Not only are the tickets cheaper, but you have your own private concession stand and bathrooms: 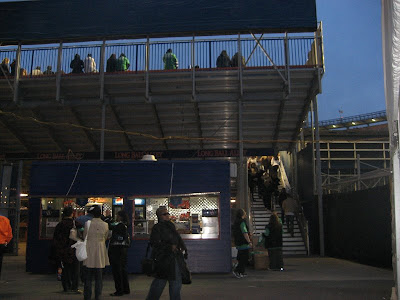 Well...down side is you have to buy at least twenty tickets. Hmmm...great for a group of friends or family though!

The Picnic Area also backs up to the new stadium. If you haven't heard, this is the last year for Shea Stadium before it gets torn down for a new stadium. 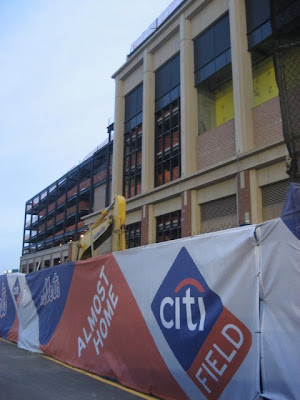 Here's my last artsy view of the game before we left: 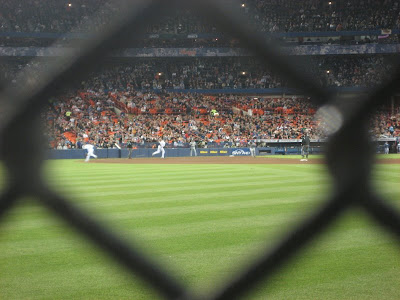