I got a good tip from Amanda while reading Click. The Good News' blog about her adorable dog Zoe's toy. It's called a Kong and I bought one for Charlie. I had to get the largest size because, well, let's face it...he's a slightly large dog. I keep forgetting :)

Charlie absolutely loves it, so here's Charlie and his toy: 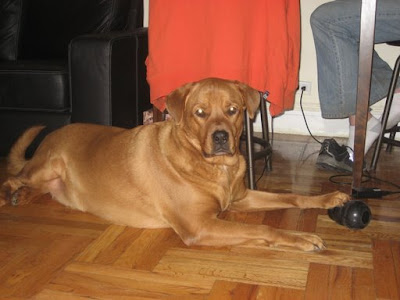 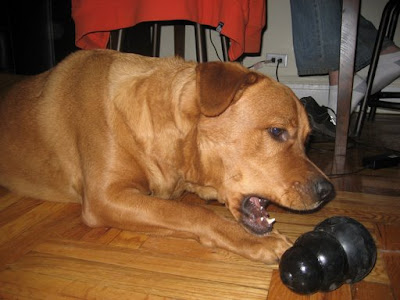 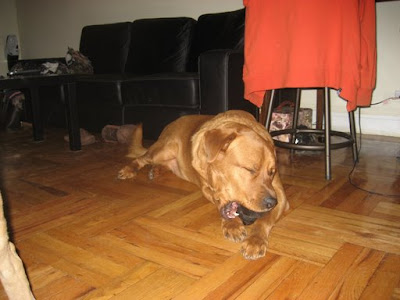 My dog loves to pose for the camera. 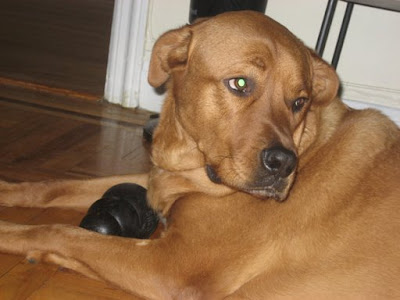 He's just waiting for someone to try and take it. 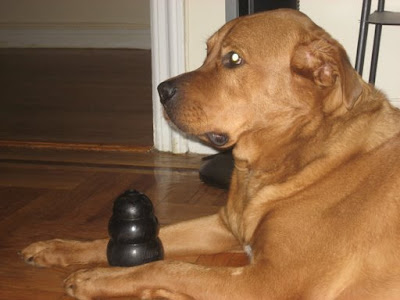 He's probably watching TV in this one...he loves watching TV. His favorite movie is Eight Below where he'll put his little (ok, big) nose right up to the TV when the dogs bark. 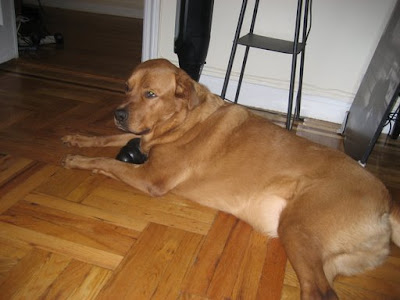 And this is his favorite spot to take naps. He loves barking at anyone he hears in the hallway outside our door. He's our little (ok, big) guard dog. 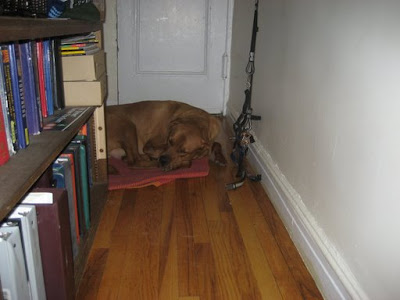