My husband's family is from Texas so after my weekend at school he flew out and we stayed with his mom for a few days. She is wonderful, always having coffee and breakfast ready, a insanely nice fireplace where I cuddled up and started reading Anna Karenina, and a place near a huge lake so we took nice walks around her neighborhood.

Then the two of us headed off to San Antonio to do some touristy things. And I LOVE San Antonio!! The first place we went to was, of course, THE ALAMO!
If you don't know too much about the Alamo, here's some fun photos and history for you:
The Alamo is actually the Alamo Mission. It's famous for the Battle of the Alamo which happened in 1836 between the Republic of Mexico and the Texans and Tejanos (Mexicans in Texas) where the Texans were fighting for independence. After a 13-day seige and being heavily out-numbered, the mission was captured by the Mexicans and almost all the Texans and Tejanos were killed (just a few women and children survived).
It's also famous because many famous figures from history fought and died during the Battle of the Alamo. You might have heard of David "Davy" Crockett and Jim Bowie. Here's a statue outside of the Alamo which depicts some of the men who fought and died and carved in the stone is all of their names. 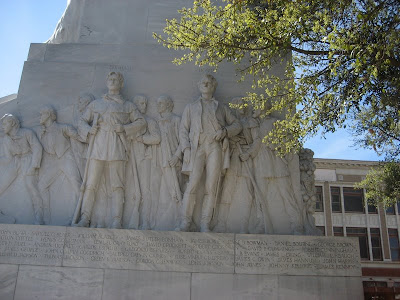 The weird thing is that this historic site is right in the middle of San Antonio and is surrounded by city buildings. Here's my husband outside of the fort walls:

There are soooo many tourists so I had to wait a bit to catch a photo of the Alamo Mission without any people in it: 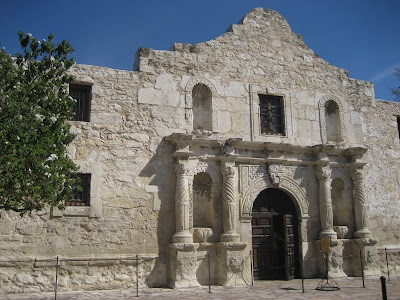 Some people miss this, but since I went with a real live Texan, he pointed it out for me. Legend has it that Lieutenant Colonel Travis drew a line in the sand in front of the Alamo and said that all those wanting to stay to cross the line. They knew they were outnumbered and would probably die. I think all or all but one crossed that line. Some said that Davy Crockett was actually in bed ill and he was carried across the line. Very dramatic. 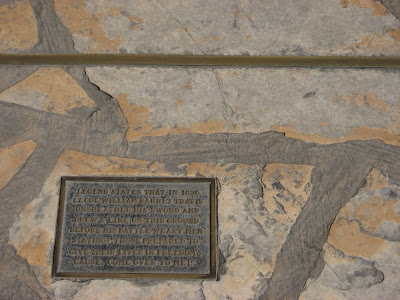 Once inside the walls of the fort, I swear it looks like a tropical paradise. Since I love photos of trees, I had to take one of this unusual tree. I think the story is that it was uprooted and planted here way back when. I'm pretty sure it was after the Battle of the Alamo: 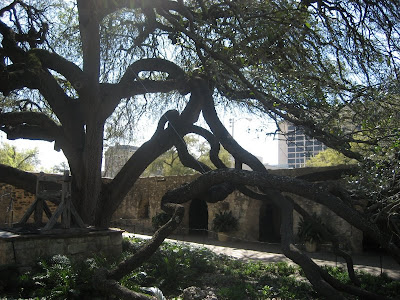 Oh, and this is March! Coming from New York City where it's still cold, windy, and absolutely NOT spring, I was in heaven: 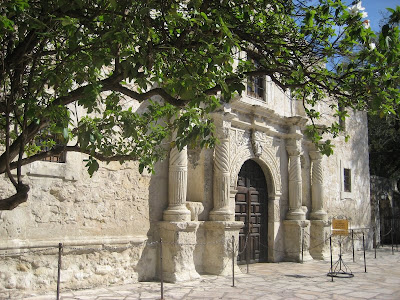 I was really proud of that shot so you have to see another version :) 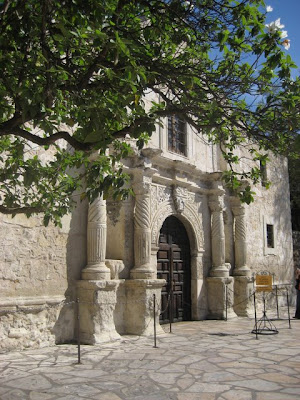 I would have LOVED to see the statues and Christian decorations that used to go inside these niches. Obviously (well, I didn't know this) half of the top of this building was destroyed during the battle and it's been re-created.

I mean, look at this! I swear I wasn't in the Tropics: 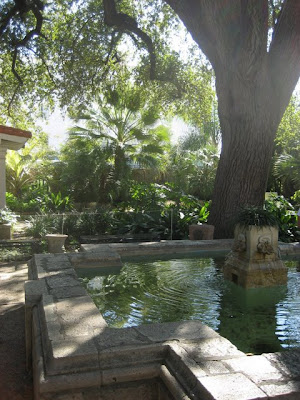 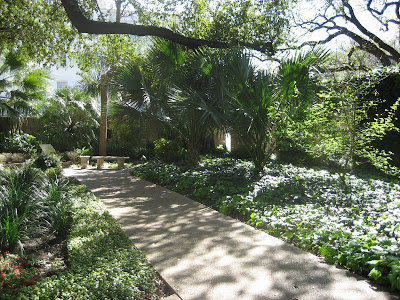 I absolutely loved this little pond/fountain thing so my husband took a picture of me :) 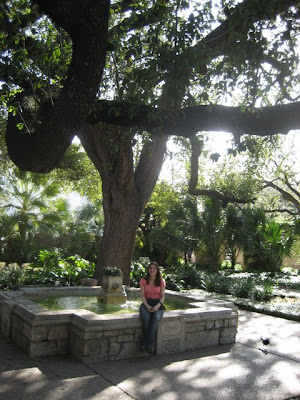 We also heard this guy (you can sort of see him) give a nice talk about the Battle of the Alamo. It was sooooo dramatic. It was great!! I loved the flags flapping in the wind behind him. Oh, and if you go there, note the big white columned Post Office in the background. Yeah, we didn't and payed way too much for postcard stamps at the gift store. Yeah... 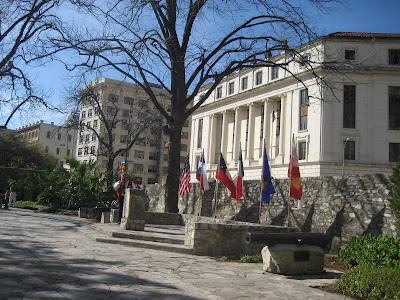 And the fort walls are all covered in pretty ivy....and my husband obviously tired of me taking photos of him :) Oh! And side note, my husband got a "War Eagle" while we were inside the fort and another guy said "Ya'll are everywhere!". My husband thinks it was a rival coach ;) 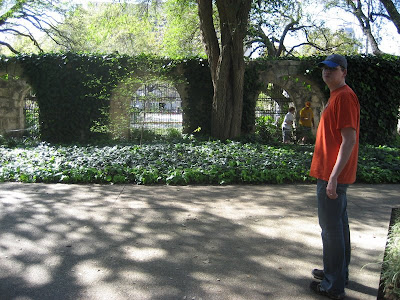 I waited FOREVER for a professional photograher to leave this pretty walkway to get a few photos. It was so gorgeous!!! 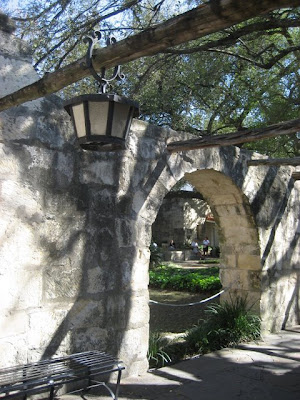 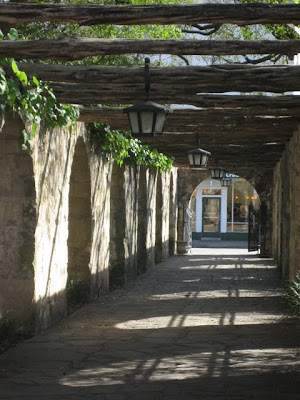 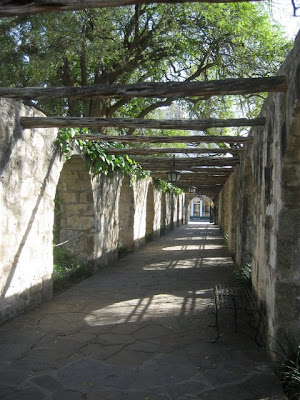 Oh, and this photo of the Alamo with a building (not sure which one) was way too Texan for me to pass up: 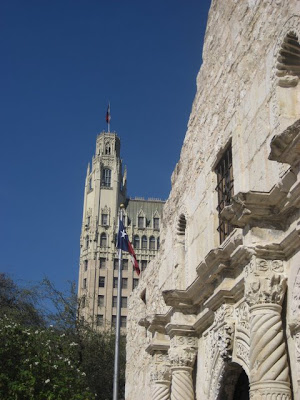 P.S. Later on in our travels, Miss Ruby (you'll hear about her later) told us that there are "Ghost Tours of San Antonio". Apparently you meet at the Alamo at dusk and a walking tour is held which tells you the history of San Antonio and why certain buildings are built to keep out ghots, etc. She said it's the funnest way to explore the town. Sigh...next time!
at 11:35 AM