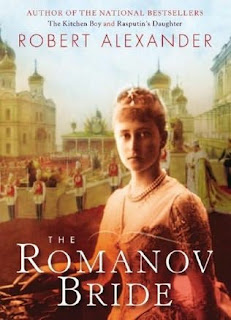 I borrowed The Romanov Bride by Robert Alexander from my sister who was read it. I am fascinated by Russian history and literature. I think partly because it's such a crazy history, partly because growing up I loved the mystery behind Rasputin and Anastasia, and partly because my mother's side of the family are all German immigrants from Russia.

This book was not at all what I was imagining it to be. And that's really not a bad thing. I guess the "bride" in the title and the synopsis made me think it was going to be more fiction than historical...or maybe more romance. That is not the case.

Here's what it's about:

There are always two sides of every revolution. Robert Alexander does a wonderful job laying the two sides of Russia's Bolshevik Revolution out in this novel. Each chapter is alternately narrated by the Grand Duchess Elisavyeta (Ella) and by Pavel, a revolutionist. Both sides are justly represented and the character's stories do intertwine a bit, at the beginning when Pavel is helping to plan the assassination of the Duchess' husband and then later at the very end of the story.

While Alexander makes both characters sympathetic, the novel really is a tribute to the outstanding character of the Grand Duchess. Even though she lived a life of luxury, after the eventual assassination of her husband, she devoted her life to God and the sick and needy Russian people. Even though she had the chance to flee, she stayed on became an abbess, and opened a woman's monastery.

The novel is quite sad and touching at points and but Alexander does a great job of making it very historically accurate and engaging. Not favoring one side or the other, he just points out the obvious regret that both sides could have reconciled their difference if only different choices where made.

My copy had an Introduction and a Conversation with Robert Alexander section at the back of the book which was actually my favorite part of the book. I am just in awe of the character and life of the Grand Duchess. She was actually canonized in 1981 and her statue is depicted with others above the Great Door of Westminster Abbey in London.

Her picture is on the cover of the novel but here are a few more: 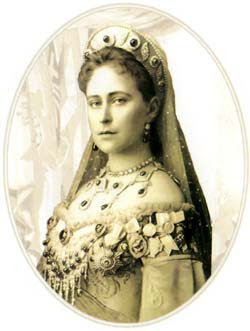 With her husband Sergei: 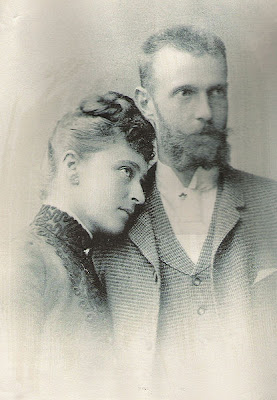 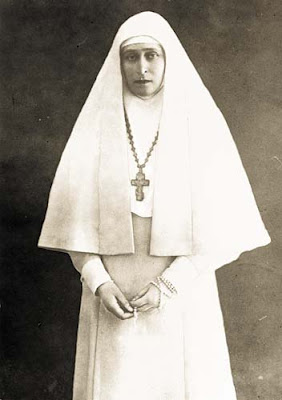 While it wasn't the type of novel I thought it was going to be, it was an amazing story. I am going to have to check out his other two books, The Kitchen Boy and Rasputin's Daughter.